Clash of the Kingdoms pt. 1 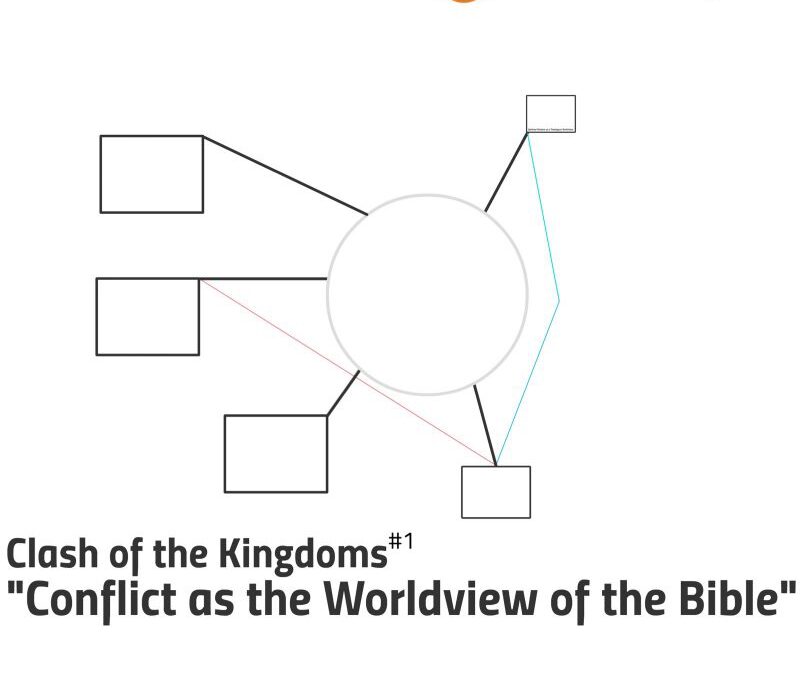 All over the world, rational people believe in a supernatural world full of evil and good (Africa, Central and South America, Asia). And this is basically the same assumption that the biblical authors make throughout Scripture (they just provide a better way to understand why it exists and how it has been defeated).

But first, this morning, I want to establish this framework and worldview. I’m calling today’s sermon, “Conflict as the Worldview of the Bible.” So let’s read a bit of Scripture and then wrestle with its application:

“A final word: Be strong in the Lord and in his mighty power. Put on all of God’s armor so that you will be able to stand firm against all strategies of the devil. For we are not fighting against flesh-and-blood enemies, but against evil rulers and authorities of the unseen world, against mighty powers in this dark world, and against evil spirits in the heavenly places. Therefore, put on every piece of God’s armor so you will be able to resist the enemy in the time of evil. Then after the battle you will still be standing firm.”

“You were dead because of your sins and because your sinful nature was not yet cut away. Then God made you alive with Christ, for he forgave all our sins. He canceled the record of the charges against us and took it away by nailing it to the cross. In this way, he disarmed the spiritual rulers and authorities. He shamed them publicly by his victory over them on the cross.”

Spiritual Warfare as a Theological Worldview.

I suggested earlier that spiritual warfare is a framework or a worldview of the Bible – a particular philosophy of life or conception of the world. It’s a way of understanding and conceptualizing reality (e.g., a “biblical worldview”).

So what does it mean to view reality through a spiritual warfare lens, an idea I’m encouraging everyone in this room to have?

“Stated most broadly, this worldview is that perspective on reality which centers on the conviction that the good and evil, fortunate or unfortunate, aspects of life are to be interpreted largely as the result of good and evil, friendly or hostile, spirits warring against each other and against us… this warfare worldview is in one form or another the basic worldview of biblical authors, both in the Old Testament and even more so in the New.”

Now to be clear, this does not mean that evil isn’t a realty of the human heart or in human society (giving people a pass from consequences or an excuse for evil behavior). Rather, this worldview acknowledges that evil exists in numerous forms, both influencing individual people and in society forms. For example, racism is demonic and has, at times, been embodied in societies throughout history (cf. South African apartheid).

This means that prayer and casting out demons aren’t cure-alls for everything that is wrong in the world… but they are important. This leads us to our question:

What is Spiritual Warfare?

Here are 3 clues to answer this question:

(1) The conflict with the kingdom of evil was a major focus in Jesus’ earthly ministry.

(2) Jesus portrayed the mission of the Church in terms of spiritual warfare.

(3) It’s a metaphor for followers of Jesus’ conflict with the devil and demonic spirits.

In my mind, the concept of spiritual warfare is an extremely important framework for understanding our reality; it’s helpful to interpret our experiences (e.g., the best answer to the question why do bad things happen to good people? or why does God allow suffering? – evil is real and active and yet doesn’t have the final victory; cf. in the case of suicide or mental illnesses).

In the coming weeks, we’re going to also discover that the biblical authors, to wage war against such things as injustice, oppression, greed and apathy toward the needy was actually how the church participated directly or indirectly in the cosmic war between the kingdom of God and the kingdom of darkness.

The church can actually be proactive against its spiritual enemy (cf. in Matt. 16, Jesus said, “I will build my church and the gates of hell shall not prevail” – note the defensive nature of the “gates of hell”).