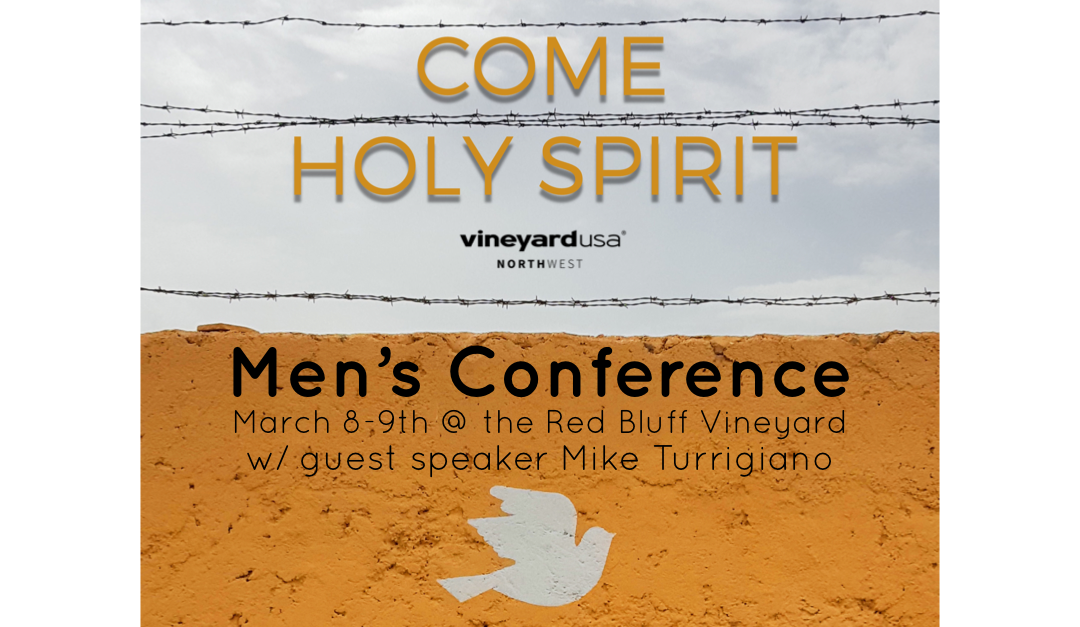 Eleanor Mumford declared that the favorite prayer of the Vineyard is, “Come Holy Spirit.” As a movement, we have always looked to the Spirit to empower us to live for Jesus and his mission. What does this mean for men living in the 21st century?

Join us on Friday and Saturday, March 8-9, as we explore this topic! Men from all over northern California, southern Oregon, and western Nevada will be gathering at the Red Bluff Vineyard to worship, pray, and hear from our guest speaker, Mike Turrigiano.

Early bird registration is only $40 and includes the conference cost and two meals! Cost goes up to $50 on March 1.

About Mike Turrigiano
Mike & Char Turrigiano have been planting churches, raising-up leaders, and equipping churches for over four decades.
Mike began his Christian walk as part of the Teen Challenge program in Brooklyn, NY in 1971. As a result, he worked for Teen Challenge under, Don & David Wilkerson, throughout the 1970s running and starting a church.

In 1979 the Turrigianos met John Wimber (who was then a church growth consultant) and began dreaming about starting what would be a Vineyard church in NYC. Since then they have done just that.

He and his wife, Char have become spiritual parents to many in the ministry today around the world. It’s been a labor of love and now with the Main & Plain, the Lord has called them to focus their energy full time on coaching, equipping and caring for ministry leaders and their churches.

The Turrigianos have been married for 45 years. They live in Brooklyn, New York and have two sons, six grand children and two great grand children. They enjoy relaxing and having dinner with friends. By the way, Char is a great hostess and cook.

Learn more about Mike at www.mainandplain.com.