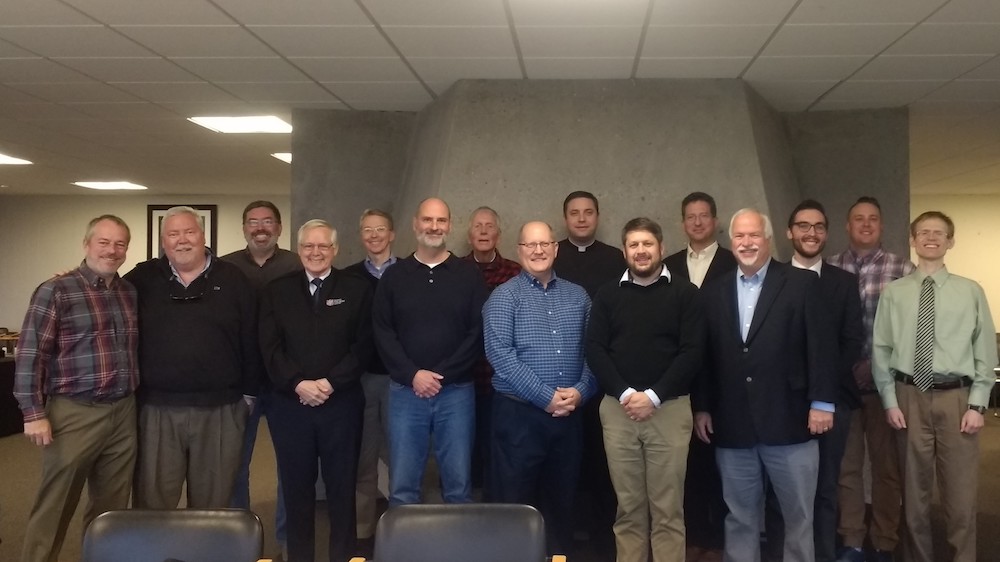 Recently, Oct. 19-21, I had the honor of participating in the Evangelical-Catholic Dialogue at the University of Mary in Bismarck, North Dakota. Conversations between Evangelicals and Catholics have been taking place for a number of years and while there remains deep theological differences between the two ecclesial groups, there is also much in common (which I’ll address a bit more on below). I went primarily to listen, learn, and participate as a Vineyard pastor-theologian who is heavily interested in Christian unity, mission, and theological discourse! What a privilege it was!

We met in a beautiful conference room overlooking the Missouri River. There were nine(!) Evangelical representatives and four(!) Catholics. The Evangelicals at this particular gathering included several Pentecostals, a Wesleyan, a Nazarene, a Presbyterian, Christian Missionary Alliance, the Salvation Army, and myself representing the Vineyard (in the past there have been other denominations represented). Though my first impression was that the conversation included a lot of white dudes, I was informed later that women have participated in the past.

The University of Mary is a beautiful campus. Having travelled through North Dakota several times, I wasn’t expecting much for scenery but I must admit that the campus and view was quite lovely! And the cafeteria food was fantastic! I wasn’t expecting that!

The “dialogue” took place on a Thursday, Friday, and Saturday and was extremely engaging! This year began a four year conversation on The Moral Life. As this was my first time participating, I didn’t know what to expect and wasn’t sure how to participate… not to mention it was a bit intimidating to be in a room with a bunch of brilliant theologians! But everyone was very friendly and clearly welcomed discussion, so the intimidation wore off after about five minutes, ha!

On Thursday the Catholic theologians presented three papers. The first covered how the Decalogue (10 Commandments) functioned as a foundation for ethics in both the Catholic Catechism and several influential Protestant catechisms (e.g., Martin Luther’s, the Westminster, etc.). The second paper was on Natural Law and how it functions in determining morality. The third and last paper was on Scripture, Tradition, and the Magisterium’s relationship to making ethical decisions within the Catholic tradition. Each paper was well written and raised fascinating questions and dialogue in the conversation that followed.

Friday was where the Evangelicals were represented by a paper presentation on the Wesleyan Quadrilateral and its relationship to ethics. This was the only paper presented by Evangelicals, which seemed a bit odd but apparently another presenter was unable to at the last minute. At any rate, many good questions were posed by the Catholics in response to this paper. The Wesleyan Quadrilateral, for those who do not know, is a method of doing theological reflection that considers Scripture, Tradition, Reason, and Experience.

On Saturday we all met to prepare a “join statement” that included areas where Evangelicals and Catholics agree as well as nuances and clarifications on how we’d articulate ideas differently or emphasize certain concepts above others. 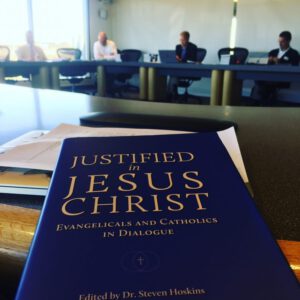 I should mention that the previous five years of conversation were on the issue of Justification and after numerous papers were presented and conversation had, a book was recently published that included the joint statements and corresponding papers: Justified in Jesus Christ. Ideally after this next round of conversations, a book will be published and made available to the public.

Attending this dialogue was fascinating for a number of reasons and it certainly sparked a lot of reflection. In fact, I ended up preaching on some of those reflections (you can listen to that sermon here). Here are a few random observations and thoughts…

First, the participants were wonderful people. Genuine friendships began and I was thankful for the warm welcome I received and encouragement to participate. Everyone in the room, as far as I’m concerned, were fellow followers of Jesus and deeply committed to the (C)hurch… beyond mere denominations.

Second, being a part of the Vineyard is unique in that our movement has never been “anti-Catholic.” John Wimber, our early leader and one of the founders of the Vineyard, participated in numerous meetings and conferences with the Charismatic Catholic Renewal. This was, of course, part of Wimber’s larger commitment to blessing the whole Body of Christ and being committed to church renewal on a widespread scale. Therefore it was somewhat interesting being in this dialogue and finding myself thinking that on many of these issues, the Vineyard would, by and large, be far more “both/and” than “either/or” on the matters being discussed. I realize that label gets somewhat overused, but it certainly seemed to be the case as I listened to people discuss their differences. It’s one of the reasons why I have wondered / thought that the concept of being “Post-Protestant” is perhaps somewhat more valuable as a starting point for conversation than the typical “I’m Protestant” and “I’m Catholic” conversations that take place.

Third, there’s a significant amount of difference and assumption around the role of Natural Law, which, by the way, is defined as:

“Moral principles supposed to govern human behavior that can be recognized independently of special revelation. Advocates of natural law typically think that at least the basic principles of natural law are knowable by all people and thus can be said to be “written on the heart.” The natural law tradition links morality to the “natures” things possess and the purposes of those natures. Theists think of natural laws as literal laws promulgated by God, though some naturalists who believe in natural laws use the term metaphorically.” (Pocket Dictionary of Apologetics and Philosophy of Religion)

“An expression used with a wide variety of meanings, but in a theological context the law implanted in nature by the Creator which rational creatures can discern by the light of natural reason. It has been contrasted with the revealed law, though it was commonly held that the Commandments revealed in the Decalogue (except that about Sabbath observance) were also precepts of the Natural Law. St Paul refers to the Natural Law in Rom. 2:14 f., where he says that the Gentiles ‘show that what the law requires is written in their hearts’ although they do not have the Torah or Mosaic Law. Stoics believed in the Law of Nature, and in the Middle Ages and in more recent times there have been philosophical doctrines that maintained the idea in some form. It has, however, often seemed that there was little agreement about the content of Natural Law other than that good is to be done and evil avoided, which would mean that Natural Law underwrites morality as such, rather than any particular moral code. The notion of ‘human rights’ (and ‘animal rights’), understood as ‘natural rights’ and widely appealed to in modern times, has sometimes sought a philosophical foundation in the notion of Natural Law, and the growing importance of international law has led to renewed attention to the concept.” (The Oxford Dictionary of the Christian Church)

Catholics, leaning heavily on Thomas Aquinas, have a theological approach that is embedded with a deep value for Natural Law and only some Evangelicals do. Moreover, Evangelicals influenced especially by the thinking of Karl Barth tend to be extremely suspicious of Natural Law. And other Evangelicals simply have no idea what Natural Law is! It’s simply not the type of language they use to do theology.

Fourthly, some of the best conversations happened “unofficially” as we sat around a table enjoying food and drink. The context of meals continues to be a powerful space for friendship and conversation. I don’t think we can underestimate how important meals can be! 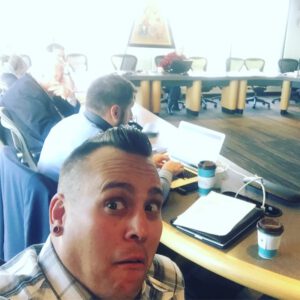 I’m unable to align myself with some of the positions of Roman Catholicism for the same reasons found in Roman but Not Catholic. Papal authority, the role of (T)radition, and other elements of Roman Catholicism are problematic for my understanding of Scripture. Plus, the existence of the Orthodox Church raises some major issues with Catholic claims. As this post isn’t about the theology of the Catholic Church, I’ll leave it at that!

However, and this is a big “however,” my commitment to Christian unity means that I want to continue to have conversations with Christians outside of my tradition in order to learn and grow. I have no doubt that many Catholics, just like many self-proclaimed Evangelicals, are truly following Jesus and that on many issues, we agree. Especially on matters of ethics and morality. Our conclusions are, quite frankly, often quite similar. We may take different roads to get there, but we end up committed to the same things.

I hope to continue to participate in the future if given the opportunity! And I also hope that the conversations will include the voices of women and people of color! I can only imagine that their participation would help stimulate excellent dialogue and would greatly enhance moving toward unity of the Church.